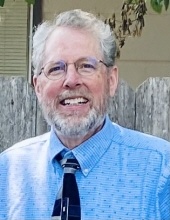 Gerald “Jerry” Branes, D.D.S.
A celebration of life memorial service for longtime Lamar resident and dentist, Gerald Branes, D.D.S., affectionately known as Jerry, will be held at 10:00AM on Thursday, December 9, 2021 at the Lamar Christian Church with Pastor Ryan Oakes officiating. A private family inurnment will be held at the Valley View Cemetery in Ordway, Colorado.

Gerald “Jerry” Branes was born on April 18, 1952, in Rochester, Minnesota, to Gordon and Dorothy Branes. He was called to his heavenly home on November 20, 2021, from the North Woods in Centuria, Wisconsin, after having one more successful deer hunt.

Jerry described his growing up years as him having “one foot in the country and one foot in town”. He stated in his medical and dental school applications that he had “an intense love and need for the great out-of-doors.” It was his reason for wanting to become a doctor or dentist who would serve in a rural setting. He shared many memories of growing up in Rochester with his mom and dad, brother and sister doing what he loved: hunting, fishing, playing baseball, and later softball. He also enjoyed archery and taxidermy.

Following his graduation from Mayo High School, he began his undergraduate education at Gustavus Adolphus College where he graduated cum laude in 1974 with a Bachelor of Arts. While his initial sights were on medical school, he chose to go to dental school at the University of Minnesota where he received his degree of Doctor of Dental Surgery in 1979. While his family would have preferred to keep him closer to home, he opted instead to put all his personal belongings in his vehicle and begin the adventure of his adult life and career in North Dakota. After a couple of years, he received an intriguing offer from Dr. Charles Kelley. The offer led him to move to Lamar where there were vast opportunities to hunt, fish, and water ski, and it was closer to the Rocky Mountains where he loved to go elk and bear hunting. He recalled that the day he arrived in Lamar it was 60 degrees warmer than where he had just been in North Dakota. After his introduction to Lamar and working with Dr. Kelley, Jerry decided to hang up his own shingle. He started with an office in Springfield, which he maintained for 20 years, and subsequently added the Lamar practice where he was still actively working. Dentistry was more than a means to make a living - for Jerry it was his “calling” in using his God-given talents to help others. Making friendships and enjoying conversations with his patients was just a bonus.

Jerry’s many other interests and activities included playing volleyball, scuba diving, and reading, reading and reading some more.

Jerry’s walk of faith included being a lifelong member of the Lutheran Church, most recently at Grace Lutheran Church in Lamar. He followed the Lord’s directive to “love your neighbor” in his service to the church, the dental organizations, his patients, and to his closest neighbors of all, his family. In these later years he especially enjoyed every minute he could get with his grandchildren.


Jerry was preceded in death by his parents, Gordon and Dorothy Branes, and his father and mother-in-law, Joe and Janet Corum.

Living a life of service to others while relishing every minute he could in God’s vast and wonderful creation best describes Jerry’s life. He always had a smile to share and a story to tell; and he enjoyed hearing others’ stories. He related to the line from the movie “Australia”: “in the end, the only thing you really own is your story.” As we close the final page of Jerry’s earthly story, we will fondly remember him having a full life, well-lived.
To order memorial trees or send flowers to the family in memory of Gerald "Jerry" Branes, D.D.S. , please visit our flower store.