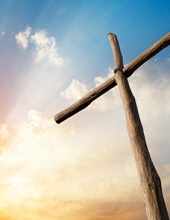 Skip was born in Louisville, KY on May 12, 1945 and departed this world on August 13, 2021. Skip grew up in Fern Creek, KY and enlisted in the Air Force. There he worked on the F-100 Super Sabre. His fascination with airplanes had begun.

Skip went on to work closely with local sports groups in many fashions. He became a commissioner with Babe Ruth Baseball and also worked in the basketball arena as an official. He was known for his ‘Hoooooooooooooo’ on a good play watching the Lamar Savages play basketball. Also don't be surprised if he would sing ‘Take me out to the Ball Game.”

Skip and Candy sold the local family business and decided to move to Pinebluff, NC. There Skip and Candy built their own “Dome Home.” This is where they have loved to have the children and grandchildren play and build memories. Skip was active in many community positions: building for Habitat for Humanity, City Councils, etc. He loves his trains and loves to ride Amtrak to Florida to see his family.

In lieu of flowers, we would like to have you donate to a charity of your choice in remembrance of Skip Ruedeman.

A Celebration of Life will be held at Ives Memorial Baptist Church, 365 E Philadelphia Ave, Pinebluff, NC, Thursday, August 19, 2021, at 12pm with a lunch at 1pm in the Fellowship Hall.

Services are under the direction of the Crumpler Funeral Home in Pinebluff, NC.
To order memorial trees or send flowers to the family in memory of George "Skip" Ruedeman , please visit our flower store.