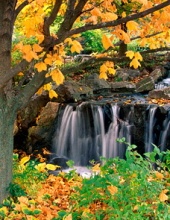 
A celebration of life funeral service for longtime Lamar resident, George Demas, will be held at 1:00 PM Friday February 22, 2019 at the Lamar United Methodist Church with Reverend Kristina Walker officiating. Burial will follow in the Fairmount Cemetery in Lamar.

George Demas was born on March 28, 1931 in Aberdeen, SD to Tony Demas and Emma Potter- Demas and departed this life on Sunday February 17, 2019 at the Lamar Estates at the age of 87.
George was united in marriage to Carol A. Miller on July 4, 1954 in South Dakota. To this union were born three children.

George was preceded in death by his parents; by his wife – Carol A. Demas; one daughter – Toni Lea Demas; one brother – Tyrus Demas; and one sister – Marian Demas.

Those desiring may make memorial contributions to the Lamar Area Hospice or the Lamar United Methodist Church or to the Colorado Lions Camp, serving the special needs community, either direct or in care of the funeral home office.
To order memorial trees or send flowers to the family in memory of George Demas, please visit our flower store.