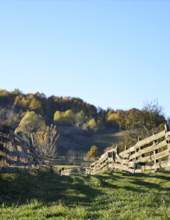 Fred Cox, Sr.
A celebration of life for longtime Lamar resident, Fred Cox, Sr. will be held at 2:00PM on Tuesday, March 27, 2018 at the Peacock Family Chapel with Pastor Mike Schneider officiating. Interment will follow in the Wiley Cemetery.

Per Fred’s wishes there will be no public visitation.

It is with great sadness that the family of Fred Hamilton Cox, Sr. announces his passing after a brief illness on Thursday, March 22, 2018 at the age of 75. Fred was born in Pueblo, Colorado to William Cox and Eula Hasty on October 12, 1942. His first marriage was to Rosella Peacock on March 20, 1963, in which they had five daughters. Fred will be lovingly remembered by his second wife of 42 years, Norma. Norma had one son from a previous marriage and together they had two more sons.

He is preceded in death by his first wife, Rosella, his parents, his brothers, Dale and Duane Cox and his son Ray Richards.

Fred Cox Sr. lived the life of a cowboy, with a love of the mountains and wildlife. His faith and family were everything to him. Those that knew him will remember his parting words of “God loves you and Mom and I love you too.” His legacy will be remembered by all and his name will be carried on by his beloved grandson, Fred Hamilton Cox III, known by Trey.
To order memorial trees or send flowers to the family in memory of Fred H. Cox, Sr. , please visit our flower store.