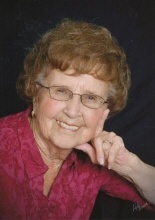 She is preceded in death by her husband, Victor Horner; her parents and three sisters, Opal Higgins, Alma Pearce and Ruby Whitman.

Evelyn is survived by her children, Dennis (Susan) Horner of Golden, CO; Vicki (Chris) Wilkinson of Lamar and Julian (Lana) Horner of Norman, OK; thirteen grandchildren; seven great-grandchildren as well as numerous nieces, nephews, other family and many friends.

Memorial contributions may be made to the Lamar Area Hospice either direct or in care of the funeral home office.
To order memorial trees or send flowers to the family in memory of Evelyn D. Horner, please visit our flower store.