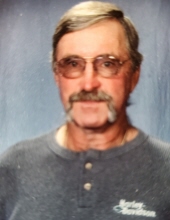 
A private family memorial service for lifetime Lamar resident, Evan Smith, will be held at a later date.

Per Evan’s wishes, cremation has taken place and there will be no visitation.

Evan was born on March 17, 1950 in Lamar, CO to Maurice and Wilma Sharp-Smith and departed this life on Monday August 3, 2020 at the Swedish Medical Center in Englewood, CO at the age of 70.

Evan was preceded in death by his parents.

Evan is survived by his wife – Deb Smith of the family home near Lamar; by three daughters; two step-children; 11 grandchildren; two sisters; and many many friends.

Those desiring may make memorial contributions to the Cowboy Crisis Fund either directly or through the funeral home office.
To order memorial trees or send flowers to the family in memory of Evan Smith, please visit our flower store.