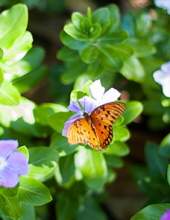 A celebration of life for longtime Wiley resident, Elsie M. Burch was held at 10:00AM on Friday, January 20, 2017 at the Lamar Missionary Baptist Church with Pastor Lance Halford and Jim Welch co-officiating. Interment followed at Fairmount Cemetery.

Elsie was born on September 6, 1924 at Holly, Colorado to Larence H. and Nellie I. (Stafford) Hughes and passed away on January 15, 2017 at the Holly Nursing Care Center in Holly, Colorado at the age of 92.

Memorial contributions may be made to the Lamar Missionary Baptist Church either direct or in care of the funeral home office.
To order memorial trees or send flowers to the family in memory of Elsie M. Burch, please visit our flower store.