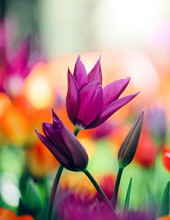 A celebration of life for longtime Eads, Colorado resident, Dorothy M. Lyon was held at 11:00AM on Monday, March 20, 2017 at the Eads Christian Church with Pastor Mark Imel officiating. Interment followed at the Eads Cemetery.

Visitation for Dorothy was held prior to the service on Monday at the church from 10:00AM until the time of service at 11:00AM.

Dorothy was born on April 21, 1930 at Sharon Springs, Kansas to Jeremiah Theodore and Lenola (Johnson) Merica and passed away on March 16, 2017 at the Weisbrod Memorial Nursing Home at the age of 86.

She is preceded in death by her husband, Lowell S. Lyon, her parents, two daughters, Maralyn Huskamp and Karalyn Lyon, a granddaughter, Cassandra Hughes and eight siblings.

Dorothy is survived by her children, Jim (Sheri) Lyon of Wamsutter, WY, David (Bev) Lyon, Valerie Lyon and Vickie Lyon all of Eads, her son-in-law, Ted Dolph, fourteen grandchildren and thirty four great-grandchildren. She is also survived by her sister, June (Al) Lindley of Oklahoma City, OK and a brother-in-law, Russell (Gloria) Lyon of Tuttle, OK as well as numerous nieces, nephews, other family and a host of friends.

Memorial contributions may be made to the Dorothy M. Lyon Memorial Fund in care of the funeral home office.
To order memorial trees or send flowers to the family in memory of Dorothy M. Lyon, please visit our flower store.