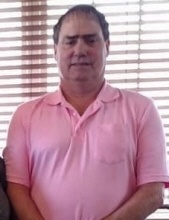 Donald M. Rowe
Services for longtime Lamar resident, Donald M. Rowe will be held at 10:30AM on Friday, June 4, 2021 at the Living Covenant Fellowship Church with Pastor Michael Stines officiating. A service for Donald will be held in Bentonville, Arkansas on August 7, 2021 at 11:00AM at Memorial Park with a luncheon.

Don was a member of the Monett Jaycees and Lamar Lion’s Club.

He is preceded in death by his parents, partner Lo Holcomb and two brothers, James and Rocky Ferdig.

Memorial contributions may be made to the Donald Rowe Memorial Fund in care of the funeral home office.

Services are under the direction of the Peacock Family.
To order memorial trees or send flowers to the family in memory of Donald M. Rowe, please visit our flower store.