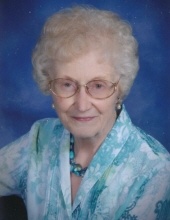 Dolores “Dee” Bigge
A Memorial Celebration for longtime Lamar resident, currently of Parker, Colorado Dolores “Dee” Bigge will be held at 2:00PM on Friday, December 3, 2021 at the Lamar Christian Church with Ian Blacker officiating. Interment will follow at Fairmount Cemetery.

Dee was born on August 25, 1934 in Stockton, Kansas to Harley and Leora (Huffman) Francis and passed away on November 27, 2021 at Porter Hospice in Centennial, Colorado at the age of 87 with her family by her side.

She is preceded in death by her husband, Donald Bigge, her parents, two sisters-in-law and one brother-in-law.

Dee is survived by her children Chris and Rick Bergman of Highlands Ranch, and Diane and Curtis Alexander of Greeley; two grand puppies Alex and Annie; grandchildren Eric and Jen Bergman of Wheatridge, Dan and Deb Bergman of Arvada, Elissa and Chad Hanneman of Parker, Kyla and Zach Bernstein of Davenport, FL and Jacob Bergman of Westminster and great-grandchildren Joe, Jim, and Tom Bergman, Joel and Tia Hanneman, and Danny Bergman. She is also survived by her brothers-in-law Bart and Ellen Bigge of Independence, MO and Dale Bigge of Grandbury, TX as well as numerous nieces, nephews, other family and many friends.

Dee enjoyed growing up in a small town with many school and church activities. She played the piano for the high school choirs and special choirs and also played the clarinet in marching band and oboe in symphonic band. Later she played the organ at the Christian Church of Stockton and quickly became the main accompanist for local weddings and funerals.

Dee graduated from high school in 1951 and received her Secretarial Certificate in Business at Fort Hays State College. She also studied piano at Hays.

Dee met Don in Stockton, Kansas and they married on September 24, 1955. They enjoyed 55 years of marriage before Don passed away in 2011. They were blessed with two daughters, five grandchildren, and six great-grandchildren. Dee loved making poppy seed breads and chicken and noodles for the family. Her grandchildren loved Grandma Dee’s cooking!

Dee and Don started their marriage in Washington, Kansas and later moved to Manhattan, Kansas where Dee worked as secretary to the President of the Manhattan Christian Bible College while Don worked and attended Kansas State University. They later moved to Goodland, Kansas in 1961 where Dee supported Don in his banking career. Dee also gave music lessons and sold pianos and organs in Goodland.

In 1972 the family moved to Lamar and Dee continued her support of Don in his career. They later formed D & D Bigge, Inc where they worked together in real estate and cattle ranching from 1985 to 2011. When not working, they enjoyed playing golf together, fishing, traveling with friends and visiting grandchildren and great-grandchildren. Dee was a long-time member of the Lamar Christian Church and played the organ for many weddings and funerals over the years.

Dee was a member of two service clubs in Lamar: P.E.O. and Sorosis. She made many cherished and lifelong friends as a result of her service in these organizations.

In 2017, Dee moved to Parker, Colorado to be closer to her girls and family. Parties and lunches and outings were normal for Dee as she attended graduations, weddings, birthday parties, and dinner theatres with family. The last four+ years of Dee’s life were filled with love and activities with her family so close.

Dee enjoyed her music and played the piano for her friends almost daily up to her passing. She regularly entertained her friends and family in Parker with lively tunes.

All of her life Dee shared her deep faith in God with her family. Her trust in God’s love and salvation was evident in everything she did. She was eager to share God’s message of love in her quiet service wherever needed. She is resting in Heaven now with her Lord and Savior.
To order memorial trees or send flowers to the family in memory of Dolores "Dee" Bigge, please visit our flower store.