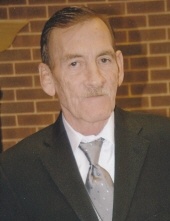 Dennis was born on December 17, 1953 at Hugoton, Kansas to Richard and Esther Darlene (Ralstin) Osbment and passed away on March 31, 2021 at his home in Granada with his family by his side at the age of 67.

He is preceded in death by his parents and siblings, Shiril, Albert, Allen and Dorothea.

Dennis is survived by his children, Brian Osbment of Loveland, CO; Tania (Ryan) Oreskovich of Pueblo, CO and Derek Osbment of Austin, MN; eleven grandchildren and seven great-grandchildren as well as numerous nieces, nephews, other family and a host of friends.

Services are under the direction of the Peacock Family.
To order memorial trees or send flowers to the family in memory of Dennis Dean Osbment , please visit our flower store.