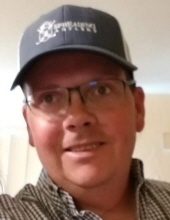 Clinton “Clint” Ross Bean
A celebration of life memorial service for longtime Lamar resident, Clinton Ross Bean, affectionately known to his family and friends as Clint will be held at 10:00AM on Friday, October 9, 2020 at the Fairmount Cemetery with Ian Blacker of the Lamar Christian Church officiating.

Per Clint’s request cremation will take place and there will be no visitation.

He is preceded in death by his father; his maternal and paternal grandparents and his aunt Betty Igou.

Clint is survived by his wife, Tonya Bean of the family home in Lamar; children, Aly Bean of Wiley and Justin Bean of Lamar; his mother Judy Bean of Pueblo, CO and his sister, Amy (Dave) French of La Jolla, CA; his mother and father-in-law, Ancel and Jackie Malone of Granada, CO and his brother-in-law, Todd (Trisha) Malone of Walsh, CO. He is also survived by numerous aunts, uncles, nieces, nephews, other family and a host of friends.

Memorial contributions may be made to the National Alliance on Mental Illness/ NAMI either direct at 3333 S. Bannock St., Ste. 430, Englewood, CO 80110, Attn: Athena Kabylafkas or in care of the funeral home office.
To order memorial trees or send flowers to the family in memory of Clinton "Clint" Ross Bean , please visit our flower store.