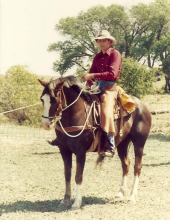 Charles “Buck” E. Harris
A memorial service for longtime Lamar resident, Charles E. Harris, affectionately known to his family and friends as Buck will be held at 11:00AM on Monday, January 10, 2022 at the Missionary Baptist Church in Lamar with Pastor Travis Horn officiating.

Buck was born on July 17, 1959 at North Platte, Nebraska to Robert E. and Marlys W. (Engelbrecht) Harris and passed away on December 27, 2021 at the UC Health Poudre Valley Hospital in Fort Collins, Colorado at the age of 62.

He is preceded in death by his mother Marlys Harris.

Buck is survived by his wife Teresa Harris of the family home in Lamar, CO; children Kayla (Garrett) Mauch of Lamar, CO and Ethan Harris of Springfield, CO; grandchildren Braelyn and Ryder and his father Robert E. Harris of Lamar, CO as well as numerous other family and many friends.

Memorial contributions may be made to the Lamar Missionary Baptist Church and/or Prowers County Sheriff’s Posse either direct or in care of the funeral home office.

Services are under the direction of the Peacock Family.
To order memorial trees or send flowers to the family in memory of Charles "Buck" E. Harris , please visit our flower store.