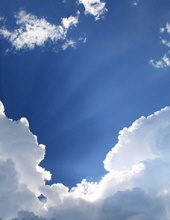 Chuck was born on March 3, 1964 at Middletown, Ohio to Everett Ray McIntosh and Imo Jean “Jean” (Lovins) Smith and passed away on August 1, 2020 at his home in Goodyear, Arizona at the age of 56.

Chuck attended Vicenza American HS in Vicenza, Italy and he joined the Army in 1982 at Ft. Lewis, Washington. He attended basic training at Ft. Leonard Wood, Missouri and was stationed at Ft. Campbell, Kentucky. Chuck was deployed to Operation Urgent Fury in Grenada in 1983.

In 2010, Chuck moved to Goodyear, Arizona where he resided until his death with his fiancée, Lisa Graves.

Chuck was the life of the party and also known as “Five Sac Mac” by his HS football team. He was passionate in his political and religious beliefs and very compassionate for those in need. He had an unforgettable personality and made friends easily. He adored his best dog friend “Rascal.” He also enjoyed cooking as a hobby. Chuck was uniquely irreplaceable as a companion, brother, and son, and will be missed by all of his family and friends.

He is preceded in death by his father, Everett Ray McIntosh and his sister, Sandra “Sandy” Lynn McIntosh.

Chuck is survived by his fiancée; Lisa Graves of the family home in Goodyear, AZ, his mother, Imo Jean “Jean” Smith of San Antonio, TX, his siblings, David “Dave” Ray McIntosh of Tampa, FL, Barbara Jean “Barbie” (Vance) Wright of Bonner Springs, KS, Edward “Eddie” Clinton Smith and John Allen (Yolanda Fasano) Smith all of San Antonio, TX. He is also survived by his mother and father-in-law, Don and Carolyn Graves, sister-in-law, Cindy (Craig) Mauler and his brother-in-law’s, Jeffrey (Jennifer) Graves and Bryan (Megan) Graves all of Lamar, CO as well as numerous nieces, nephews, other family and a host of friends.

Services are under the direction of the Peacock Family.
To order memorial trees or send flowers to the family in memory of Charles Everett McIntosh , please visit our flower store.