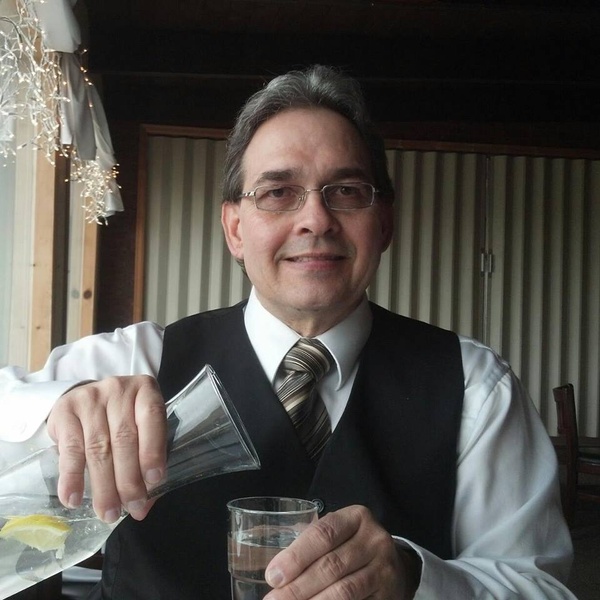 A memorial service for Lamar, Colorado resident Charles L. Larson will be held at 11:00AM on Saturday, July  30, 2022 at the Peacock Family Chapel.

Charles Layton Larson, known to his family and friends as Chuck was born on April 11, 1954 to Albert and Arlene "Ardy" (Boxley) Larson in Sidney, NE and passed away on November 9, 2021 in Loveland, CO. Chuck was 67. Per his wishes, he was cremated.

He spent most of his school years in Gothenburg, NE, finishing up with his senior year in Lamar, CO. He then went on to do various jobs before he hired on to the Union Pacific Railroad. He worked for them for exactly 30 years, the last 28 years as a locomotive engineer while living in Torrington, WY. After retirement in 2018 Chuck and Paula moved back to Lamar, CO.

Chuck was one of those people that could do just about anything. He had many hobbies including doing woodcuttings that were cut on a scroll saw and were all one piece of wood. He also did videos of special events. He was able to fix anything around the house, and if he didn't know how to do it he would look it up on YouTube. He was good at moving heavy objects, and when asked how he did it he would just say "I levitated it".

Chuck is survived by his wife of the home in Lamar, CO, Paula (Throndson) Larson. Siblings Michael (Deborah) Larson of Cerritos, CA, Sue (Joe) Hakes of Bristow, VA, Micki (Billy) Shreve of Hollister, MO, and Julie (Mark) McMinamen of Denver, CO. He is also survived by numerous cousins, nieces, nephews and friends, including Charles C. (Donna) Larson of Ankeny, IA. who is the son of Chuck's father's twin brother and is delivering the eulogy. Also surviving are Mother-in-law Rae Nola Austin of Lamar, CO, and Sister-in-law Loretta (Darren) Glover of Bristol, CO.

To order memorial trees or send flowers to the family in memory of Charles "Chuck" Larson, please visit our flower store.