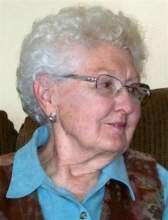 Funeral Services for longtime Lamar resident, Carol A. Demas was held at 11:00 AM, Thursday, October 22, 2015 at the Lamar United Methodist Church with Reverend Barbara Johns-Schleicher officiating. Interment followed at Fairmount Cemetery at 2:00 PM.

She is preceded in death by her parents; daughter Toni Lea Demas and her sister Audrey Way.

Memorial Contributions may be made to the Colorado Lions Camp, Serving the Special Needs Community, direct at P.O. Box 9043, Woodland Park, CO 80866 and or the Lamar United Methodist Church, Ray and Emily Giles UM Women’s Endowment direct at 107 S. 6ht St., Lamar, CO 81052 or in care of the funeral home office.
To order memorial trees or send flowers to the family in memory of Carol Demas, please visit our flower store.