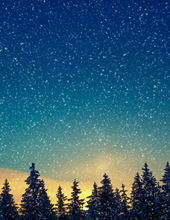 Brett R. Buxton
A celebration of life for lifelong Lamar resident, Brett R. Buxton will be held at 2:00PM on Tuesday, June 8, 2021 at the Lamar Christian Church with Ian Blacker officiating. Interment will follow at the Fairmount Cemetery.

He is preceded in death by his father, Kenneth R. “Kenny” Buxton and his step-father Kenny Cartwright.

Brett is survived by his daughters Madison Buxton of Lamar, CO and Bryton (Austyn) Steinbock of Muleshoe, TX; mother Mikki Cartwright of Lamar, step-siblings, Tiffany Buxton and Chris Buxton both of Lamar and step-mother Cathy Buxton. He is also survived by his dog Frannie as well as numerous other family and a host of friends.

Memorial contributions may be made to the Lamar Area Hospice and/or SECCI either direct or in care of the funeral home office.

Services are under the direction of the Peacock Family.
To order memorial trees or send flowers to the family in memory of Brett R. Buxton, please visit our flower store.