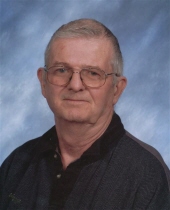 A Celebration of Life for longtime Lamar resident, Bob Gatchell was held at 10:00AM on Monday, July 6, 2015 at the Lamar Christian Church with Ian Blacker officiating.

Bob was born on December 3, 1941 at Salem, Massachusetts to Albert Ashbury and Louise Chapman (Sheldon) Gatchell and passed away under hospice care at his home with his family by his side on June 26, 2015 at the age of 73.

He is preceded in death by his parents and older brother, Albert Austin “Sonny” Gatchell.

Bob is survived by his wife Dixie of the family home in Lamar and his three children Sheryl (Vince) Yoder of Lamar, Deborah (Brad) Owens of McClave and Kathy (Mike) Lee of Alamosa, CO. Also surviving are his grandchildren; Sarah Trosper, Kristen, Ryan and Felicia Yoder, Ashley Lee and Dakota Owens; as well as his siblings, Louise Poitras of Garden Grove, CA and James Gatchell of Lynn, MA, nieces, Colette Poitras of Garden Grove, CA, Beverley Hamilton of Oroville, CA and Terri Bazacos of Thornton, CO and cousin, Capt. Fred Gatchell of Cape Canaveral, FL. He is also survived by his close friend, Roger Schmer of Lamar and his adopted family, Jim and Heather Ramsay, Zach, Emily, Kailey and Faith Ramsay and Hollie Frederick and Hunter Frederick all of Lamar.

Memorial Contributions may be made to the Salvation Army either direct or in care of the funeral home office.
To order memorial trees or send flowers to the family in memory of Bob Gatchell, please visit our flower store.