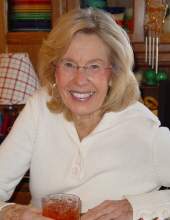 Betty Lou (Canfield) Donahue was born on August 9, 1928 in Kornman, CO to Sydney B. Canfield and Ethel Marie (Porter) Canfield in a chicken coop. She passed away on May 18, 2019 in her home in Colorado Springs, Colorado at age 90. Betty was the oldest of 4 children.

Betty is preceded in death by her parents and her siblings Donald Canfield and Claudette (Canfield) Williams.

Betty was born in Kornman, Colorado, where her parents both worked for the Alfalfa company sewing patches on Alfalfa sacks for 1/4 cent per patch. While in Kornman she attended Alta Vista school there. The family relocated to Lamar, Colorado where Betty attended Lamar Union High School and graduated in 1946. After graduating from High School, she attended Atakagua for business classes. She was then married in 1948 to Bill Adams from Lamar until they separated in 1959. They raised their two daughters, Terry and Sherry, in Lamar. When both girls had graduated, Betty relocated to Colorado Springs. She was hired by Mountain Bell in Lamar in 1952 as a telephone operator. She had relocated to Colorado Springs in 1969, while still working with Mountain Bell and she
continued working for them until she retired in 1986 with 34 years of service. After leaving Mountain Bell and a short break, she joined A-1 Sprinkler Service where she spent the next 15 years as an office manager and dispatcher.
Betty was married to Bill Adams from Lamar between 1948 and 1959. After she relocated to Colorado Springs, she lived out the rest of her life. She did make several more attempts at marriage first with Jack Donahue from 1969 until 1974 and then with Hugh Williams for about 3 years and finally with Bill Williams for two years. That was enough of that and she gave up on marriage.
Betty loved to be with family. She always checked the invitation list for events and always added a few more names that she thought should be there. She never wanted anyone to be left out and the bigger the party the better! She loved all of the Lamar reunions – even if it wasn’t hers. She spent several years after retirement as a Red Hatter and then a Purple Hatter.
Betty was also a big pet lover. She always had at least one dog around to keep her
company and demand her attention. She had several cats through the years and also her “Love Bird” Peachy. Peachy landed on Betty’s shoulder while she was out visiting her grandson and she decided that bird was hers.
Betty never knew a stranger. She would strike up a conversation with anyone that crossed her path. She was always entertaining and very colorful in her approach to life. She loved life and always had an attitude that it will all work out, regardless of what was happening.

She will be missed very much by everyone who knew her and loved her.

Cremation and private inurnment will be under the direction of the Peacock Funeral Home. A celebration of life memorial service scheduled for Betty Lou (Canfield) Donahue on Sunday, July 28, 2019 at the Patty Jewett Club House in Colorado Springs, Colorado has been rescheduled to an inurnment ceremony at Fairmount Cemetery in Lamar on Friday, October 18, 2019 at 12:00PM.
To order memorial trees or send flowers to the family in memory of Betty Lou Donahue, please visit our flower store.