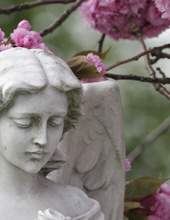 Betty was born on May 30, 1932 in Brandon, Colorado to Frank Vern and May (Mosher) Drescher.
She was preceded in death by her parents, husband Harry, son Denis, and granddaughter Michele. She is survived by one daughter Twila (Freddy) Cornelius of Port Isabel Texas, one son David Snider of Big Springs, Texas, 3 grandchildren Jennifer (Julian) Fistani, Bradley and Jeanette Snider all of Colorado. Betty is also survived by 7 grandchildren and one great, great grandchild. She has one living sister Marilyn Gurley of Mesquite, New Mexico and one living brother Vern (Betty) Drescher of Stratton, Colorado.
Betty went to school in various farming communities in Southern Colorado to include Holly and Eads. She met and married Harry in Clayton, New Mexico in December of 1950 with her sister Mildred and Husband Everett Campbell attending. She was very proud to share her birthdate with a younger sister Mary that was born 9 years after her on the same day.
Betty led an active farm life with her husband of 49 years farming and ranching 7 miles north of Lamar for 47 years. During her life she also wore many hats to include waitress at Jay’s Café in Lamar, JC Penny in Lamar as a clerk and 30 years as a clerk for Cole’s Pharmacy in Lamar. In 1995 Betty and Harry sold their farm and moved to Truth or Consequences, New Mexico where she lived until April of 2017. After losing Harry in 1999 Betty began to miss her grandchildren tremendously and decided to volunteer as a Foster Grandparents program. Betty or “Grandma Betty” as the kids loved to call her worked as a pre-K, 1st, 2nd, and 3rd grade teachers aid until retiring in May of 2015.
In 2003 she met longtime childhood friend Al Harms and shared a wonderful friendship with him until having to move to Port Isabel in April of 2017 to live with her daughter for health reasons. The separation was difficult for both of them but their friendship endured and will throughout this world and the next.
Betty loved all kinds of music and in her younger years played drums in the high school band. One unique factor of her music ability was that Betty, her children and grandchildren were all schooled by the same music teacher spanning 3 generations of musical training. Although Betty could not carry a tune that did not stop her from singing praises to the Lord. She attended the 1st Christian Church in Truth or Consequences serving as the board Secretary until she moved to Texas.
Betty was loving, kind and caring to all that she came in contact with and yet could be determined, stubborn and demanding.
Betty was an avid Denver Bronco’s Fan, having several memorabilia in her home. She was proud to carry a card in her wallet with the gate codes to the field so that when she delivered cars for Spradley Motors she could complete her delivery to John Elway and his team members.
Memorial contributions in lieu of flowers can be made to Apple Tree Education Center, 1300 S. Broadway St., Truth or Consequences, NM 87901.
To order memorial trees or send flowers to the family in memory of Betty Jane Snider, please visit our flower store.