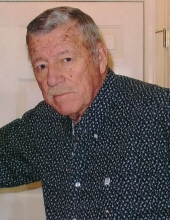 
A celebration of life funeral service for longtime Lamar resident, Arthur C. Alexander, affectionately known to many as “Bud”, will be held at 10:00 AM on Thursday July 2, 2020 at the Lamar Christian Church with Ian Blacker and Harold Bohl co-officiating. Burial will follow in the Fairmount Cemetery in Lamar.

Bud was born on February 9, 1936 in Lamar, CO to Mortie C. Alexander and Dollie M. Phillips-Alexander and departed this life on Sunday June 28, 2020 at his home in Lamar with his family by his side at the age of 84.

Bud spent most of his childhood in Alamosa and Lamar. He met the love of his life, Donna Karen McKim, while working at Marx Masters Bakery together. They were united in marriage on March 12, 1955. To this union they were graced with 5 children, Curtis, Jackie, Kenny and Sandra all 2 years apart. Then their surprise package came in Jayme, 16 years later. They spent most of their married life raising their children in Lamar. He owned and operated Alexander’s Fire Care for over twenty years before retiring.

Bud was preceded in death by his parents, his sister - Juliene Freed, as well as his son Kenny earlier this year.

Those desiring may make memorial contributions to the Lamar Area Hospice either direct or in care of the funeral home office.

Services for Bud will be streamed live on the Peacock Funeral Home Facebook page.
To order memorial trees or send flowers to the family in memory of Arthur C. "Bud" Alexander, please visit our flower store.