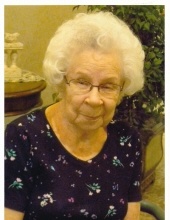 Per Nadine’s request there will be no visitation.

Nadine was born on February 7, 1933 at Sullivan, Missouri to Fred Arvil and Emma Lena (Mesger) Tayloe and passed away on January 24, 2021 at the Pioneer Health Care Center in Rocky Ford, Colorado at the age of 87.

She is preceded in death by her husband, Richard Fisher, her parents, four brothers and one nephew.