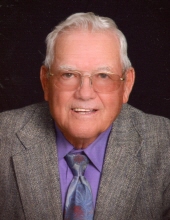 Vernon was born on November 24, 1937 at New Rockford, North Dakota to Fred and Esther (Ortman) Mauch and passed away on June 27, 2017 at his home in Lamar with his family by his side at the age of 79.

He is preceded in death by his parents and his siblings, Herb Mauch and Phyllis Mauch.

Vernon is survived by his wife, Alice Mauch of the family home in Lamar, children, Sandy (Kenny) Schneider of Lamar, Carol (Jesse) Igarta of Red Bluff, CA, Dale (Kathy) Mauch of Lamar and Debbie (Rodney) Meeks of Anchorage, AK, ten grandchildren, nine great-grandchildren and one great-great-granddaughter. He is also survived by his siblings, Ida Mae (Clayton) Stout, Donnie Mauch, Twyla Batterton, Leslie Mauch and DeLora Kollar, and by his first wife and the mother of his children, Nellie Mauch as well as numerous nieces, nephews, other family and many friends.

Memorial contributions may be made to the Cal Farley’s Girls and Boys Ranch, the Lamar Christian Church and/or Lamar Area Hospice either direct or in care of the funeral home office.

Services are under the under the direction of the Peacock Family.
To order memorial trees or send flowers to the family in memory of Vernon L Mauch, please visit our flower store.