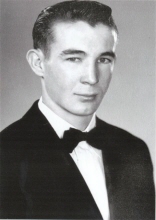 A Memorial Service for lifelong Lamar resident; Sim Hall was held at 2:00 PM Saturday, April 20, 2013 at the Church of Jesus Christ of Latter-Day Saints. Interment followed at Fairmount Cemetery.

He is preceded in death by his parents, brothers; Don Hall, Walter Caulk and Joe Hall and sisters; Denzel Hall and June Tucker.

Sim is survived by his wife; LuAnne Hall of the family home in Lamar, children; Sim Arthur Hall of Colorado, Jan (Suzette) Hall of Lamar, Lori (James) Zundel of Salt Lake City, Utah, Kirk Lowell Hall of Draper, Utah and Brad Hall of Lamar, 14 grandchildren and 24 great-grandchildren. He is also survived by his sister; Frances “Frankie” Breashears of Lamar as well as numerous other family and a host of friends.

Memorial Contributions may be made to the Lamar Area Hospice either direct or in care of the funeral home office.
To order memorial trees or send flowers to the family in memory of Sim Hall, please visit our flower store.