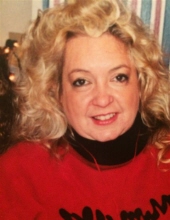 A graveside service for longtime Wiley resident Ruth Ann Esgar, affectionately known as Ruthie, was held at 1:00PM on Monday, January 30, 2017 at the Wiley Cemetery. A celebration of Ruthie’s life service followed at 2:00PM at the Wiley United Methodist Church with Zack Esgar officiating.

She is preceded in death by her mother, Jayne Esgar.

Memorial contributions may be made to the Wiley Old Rock School House and/or the Wiley United Methodist Church either direct or in care of the funeral home office.
To order memorial trees or send flowers to the family in memory of Ruth Ann Esgar, please visit our flower store.