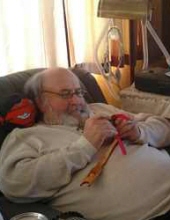 Memorial Services for longtime Prowers County resident Ronnie Haggard will be held at 10:00AM on Friday, September 14, 2018 at the Lamar First Baptist Church with Darren Stroh officiating. Inurnment will be held at a later date.

Per Ronnie’s request cremation will take place and there will be no visitation.

Ronnie was born on May 7, 1948 at Lamar, Colorado to Ronald W. and Larreen (Carter) Haggard and passed away on September 9, 2018 at his home following a brief illness.

He is preceded in death by his father Ronald Haggard and his brother Stevan Haggard.

Ronnie is survived by his wife, Debra Haggard of the family home north of Lamar, daughters, Staci (Les) Haggard of Cape Fair, MO and Wendy (Guy) Haggard-Bellomy of Lamar, son Jeffrey Haggard of the family home, three grandchildren, Jarred Bush, Cortney Bellomy and Cole Bellomy. Also surviving are his siblings; Beverly Haggard, Michell (Will) Munoz, John (Beatrice) Haggard, his mother Larreen Haggard and his uncle, Vernon (Patsy) Carter all of Lamar as well as numerous nieces, nephews, other family and a host of friends.

Memorial Contributions may be made to the Lamar First Baptist Church and/or Lamar Area Hospice either direct or in care of the funeral home office.

Arrangements are under the direction of the Peacock Funeral Home.
To order memorial trees or send flowers to the family in memory of Ronnie E. Haggard, please visit our flower store.