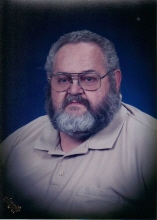 A Celebration of Life  for former longtime Lamar resident and currently of Fort Mohave, AZ, Robert W. Parks will be held at 1:00PM on Saturday, December 13, 2014 at Lamar Christian Church with Ian Blacker officiating. Interment will follow at Fairmount Cemetery.
Visitation for Robert will be held on Friday, December 12, 2014 from 2:00PM until 7:00PM at the Peacock Family Chapel.
Mr. Parks was born on May 1, 1944 to Elmer P. and Nanny M. (Day) Parks and passed away at the University Medical Center in Las Vegas, NV on December 5, 2014 at the age of 70.
Robert is survived by his wife Carrol of the family home in Arizona and his two sons and their wives; Wayne (Crystal) Parks of Lamar and Craig (Brandi) Parks of Pueblo West, CO. Bob is also survived by his grandchildren; Shania, Jeffery, Sarah, Joey Ann and Addison as well as his sister Sharon Sue Parks of Grand Junction, CO. Other relatives including Lonnie and Diane Bever of Holly, CO and brother in law; Don and Nancy Olin of Mesa, AZ  and many friends also survive.
Memorial Contributions may be made to Parkview School direct or in care of the funeral home office.
To order memorial trees or send flowers to the family in memory of Robert Parks, please visit our flower store.