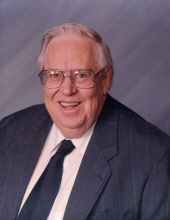 A Celebration of Life for longtime Lamar resident Ray Sanders will be held at 10:00 AM Saturday, July 15, 2017 at the Peacock Family Chapel with Pastor Paul Floyd of the High Plains Fellowship officiating. Interment will follow at Fairmount Cemetery.

Ray was born in Lamar, Colorado on September 17, 1935 to Burton Roscoe Sanders and Letha Noe-Sanders and passed away on July 10, 2017 at his son’s home in Lamar with his family by his side. Ray was 81.

Ray is preceded in death by his parents and his wife Darla on May 9, 2001; by two brothers, Leon and Roscoe and three sisters, Dorothy, Kathleen, and Doris.

He is survived by his children; LaDon (Micah) Page of Greeley, CO, Christie (Dannie) McMillan of Cheyenne Wells and TJ (Karen) Sanders of Lamar. Also surviving are his grandchildren; Nikki (Jason) McBerney, Chelsea Page, Mat (Gena) McMillan, Jessica McMillan, Leandra Longworth, Lexi Sanders, Dustin (Cassie) Coin, and Hannah Coin and by his great grandchildren, Fiona McBerney, Veda Coin, and Kallie McMillan as well as his many friends including his Lamar Daily News family that he had worked with over his 52 year career at the newspaper.

Memorial Contributions may be made to the Lamar Area Hospice either direct or in care of the funeral home office.
To order memorial trees or send flowers to the family in memory of Ray D. Sanders, please visit our flower store.