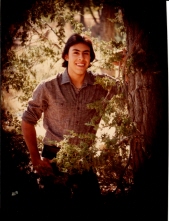 A Memorial Service for Granada, Colorado resident Pedro Medina will be held at 10:00 AM, Saturday, October 9, 2021 at the Peacock Family Chapel with Pastor Paul Floyd of the High Plains Fellowship officiating. Interment will follow at the Hillside Cemetery in Granada, Colorado.

He is preceded in death by his parents and his siblings; infant sister Georgia, George Medina, Hope Sanchez, Orlando Medina, Virginia Martinez and JoAnn Medina Smith.

Memorial contributions may be made to the American Kidney Fund at 11921 Rockville Pike, Suite 300, Rockville, MD 20852 or through the funeral home office.
To order memorial trees or send flowers to the family in memory of Pedro Medina, please visit our flower store.