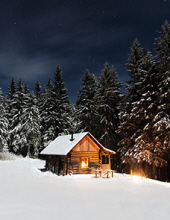 A celebration of life memorial service for lifetime Lamar resident, Pauline J. Bridge will be held at 10:00 AM Saturday February 10, 2018 at the Peacock Family Chapel with Ian Blacker of the Lamar Christian Church officiating. Interment will follow in the Fairmount Cemetery in Lamar.

Per Pauline’s request cremation has taken place and there will be no public visitation.

Pauline J. Bridge was born on June 1, 1925 in Two Buttes, CO to Andrew Petersen and Kristina Marie Madsen-Petersen and departed this life on Monday December 18, 2017 at the Lamar Estates at the age of 92.

Pauline was preceded in death by her parents; by her husband – Wilbert Paul “W.P” Bridge; by three brothers – Elmer, Alfred, and Harry Petersen; and by her best friends and beloved two sisters – Anna Evans and Idonna Thompson.

The family respectfully requests that in lieu of flowers, memorial contributions may be made to the Lamar Area Hospice or to the Two Buttes Methodist Church either directly or through the funeral home office.
To order memorial trees or send flowers to the family in memory of Pauline June Bridge, please visit our flower store.