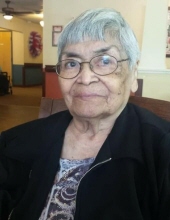 A private family graveside service for longtime Lamar resident, Pauline Hernandez will be held at a later date.

Per Pauline’s request cremation has taken place and there will be no public visitation.

Pauline was born on June 22, 1926 in Holly, CO to Ramon Terronez and Juanita Romero-Terronez and departed this life on Thursday April 16, 2020 at the Lamar Estates at the age of 93.

Pauline was preceded in death by her parents by her husband – Bonifacio Hernandez; one daughter – Francis; and by her sisters – Phyllis; Jessie; Pasqualla; and Vicky.