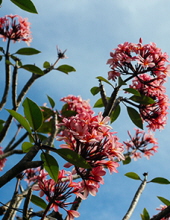 
A celebration of life funeral service for Walsh, CO resident, Norma N. Powell will be held at 10:00 AM Friday September 29, 2017 at the Lamar Christian Church with Ian Blacker officiating. Burial will follow in the Wiley Cemetery in Wiley, CO.

Norma was born on August 11, 1925 in Horace, Kansas to Clarence Garrison and Gladys Huddleston-Garrison and departed this life on Saturday September 23, 2017 at the Walsh Healthcare Center in Walsh, CO at the age of 92.

Norma was preceded in death by her parents; by her first husband – Hubert Montgomery; by her second husband Henry L. Powell; by two sons- Dennis Montgomery and Richard Montgomery; and by one brother – Jerry Garrison.

Norma is survived by three children – Linda (James) Van Campen of Pritchett, CO; Larry (Denise) Montgomery of San Manuel, AZ; and Nadine (Charles) Hamann of San Antonio, TX; by 19 grandchildren, 36 great grandchildren, and five great-great grandchildren; by two sisters – Elnora Buck of GA; and Mary Jane Larkin of Mt Vernon, MO; by two brothers – Glenn Garrison and Roy (Beverly) Garrison all of Joplin, MO; as well as by numerous other relatives and a host of friends.

The family respectfully requests that in lieu of flowers, memorial contributions be made to the Walsh Healthcare Center in Walsh, CO either directly or through the funeral home office.
To order memorial trees or send flowers to the family in memory of Norma N. Powell, please visit our flower store.