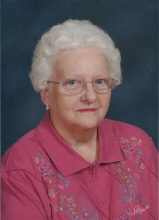 A memorial service for longtime Lamar resident Mary Jane Gallup Skaggs was held at 11:00 AM on Wednesday, September 16, 2015 at the United Methodist Church with Rev. Barbara Johns-Schleicher officiating. A private family interment of her ashes took place at Fairmount Cemetery in the Veteran’s Section at 2:00 PM that afternoon.

Per Mrs. Skaggs request cremation has taken place and there was no visitation.

Mary Jane was born on May 5, 1937 in Lyons, Nebraska to Vernon Gallup and Madeline Randerson Gallup and passed away on August 31, 2015 at the Lexington Medical Center in Lexington, South Carolina after a short illness. She grew up at the family farm near Lyons and attended Lyons Public School graduating in 1955.

Mary Jane attended Nebraska State Teachers College in Wayne, Nebraska and graduated in 1959 with a degree in elementary education.

She married Kosoma Skaggs on August 26, 1960. The couple had 2 children: Michael and Linda. They were married 43 years and lived in Lamar all their married lives.

She taught in the Lamar Colorado Public Schools systems for many years as an elementary teacher and then later as a substitute teacher.

Mary Jane was a member of the Lamar United Methodist Church and was devoted to her church. She was active in United Methodist Women and Ruth Circle. She taught Sunday school, helped with the annual church rummage sales and many funeral dinners and volunteered to help the church in any way she could.

She was a beloved wife, mother and grandmother.

She was preceded in death by her husband, Kosoma and her parents, Vernon and Madeline Gallup.