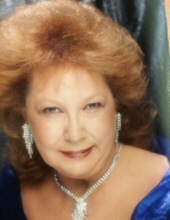 A celebration of life for former Lamar resident who was currently of Liberal, Kansas, Loretta Gail Bentley Idler was held at 10:00AM on Friday, June 16, 2017 at the Peacock Family Chapel with Pastor Paul Floyd of the High Plains Fellowship officiating.

Loretta Gail Bentley Idler was born January 30, 1949 in Greasy Creek, Pike County, Kentucky to parents Willie D. Bentley & Martha Caroline Damron Bentley. She was born tenth of eleven children. Gail lived in Kentucky until she was nine years old. After losing her dad in 1957, the family moved to Lamar, Colorado. She graduated from Lamar High School in 1967. She worked at Lamar Theatre & Reese Motor Company. Then in 1971 started working for Mountain Bell. She had a long career in the tele communications Industry working for U.S. West, PTI, & Century tel.

She married the love of her life September 3, 1999. The couple moved to Portland, Tennessee then returned to Lamar for Tom’s fathers failing health in summer of 2001. They stayed in Lamar until March of 2008 when they moved to Liberal, KS where they were currently living.

She helped everyone who needed it. The sisters have a lot of fond fun memories of growing up with Gail in Kentucky. Through the years we had many happy family functions at Gail’s house especially holidays and Christmas Parties. Everyone was invited. Gail always had an open door policy. Many relatives and young people, who needed a place to stay, were always welcome in her home.

Musical selections for the services were, “Sail Away”, “Time In A Bottle” and “Last Farewell”.

Memorial contributions may be made to the Lamar Area Hospice either direct or in care of the funeral home office.
To order memorial trees or send flowers to the family in memory of Loretta Gail Idler, please visit our flower store.