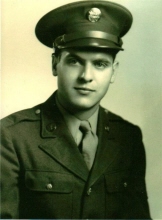 Mr. Gause was born on December 28, 1919 at Rocky Ford, Colorado to John and Temperance Madelyn (Woods) Gause and passed away on June 27, 2014 at Juniper Village of Lamar at the age of 94.

He is preceded in death by his wife Mildred, his parents and his siblings; Velma Watson, Earl Gause, Eleanor Gause and Edwina Gause.

Memorial contributions may be made to Juniper Village either direct or in care of the funeral home office.
To order memorial trees or send flowers to the family in memory of Kenneth Gause, please visit our flower store.