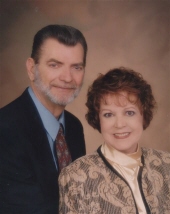 Per Mrs. Lupp’s request, cremation followed the services and a private family service will follow at a later date.

Jane was born on March 11, 1943 at Columbia, Pennsylvania to Ernest E. and Dorothy A. (Watson) Lupp and passed away at her home following an extended illness on November 1, 2013 at the age of 70.

She is preceded in death by her husband Bernard C. “Ben” Baugh on February 28, 2001, her parents and a sister Joan E. Breitbach.

Jane is survived by her daughter Allison Howard of Denver, CO, step-daughter Tammy (Henry) Gibson and a step grandson Greyson. She is also survived by her siblings; James E. (Tina) Lupp of Grand Junction, John E. Lupp of Oklahoma City, OK, Jeffrey E. (Janet) Lupp and Patrick M. (Robin) Lupp all of Moore, OK, Florida as well as numerous nieces, nephews, other family and a host of friends.

Memorial Contributions may be made to the L.A.S.T Animal Sanctuary either direct or in care of the funeral home office.
To order memorial trees or send flowers to the family in memory of Jane E. Lupp, please visit our flower store.