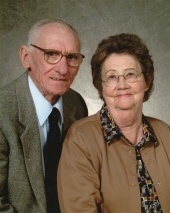 A celebration of life for longtime Wiley resident, J.C. Hallford was held at 11:00AM on Monday, March 4, 2013 at the Valley Baptist Church with Pastor Douglas Sanford officiating. Interment followed in the Wiley Cemetery with full military honors by the Lamar V.F.W. Post # 3621 and the Lamar American Legion Post # 71.

J.C. was born on January 2, 1931 at Dime Box, Texas to Solomon Hix Hallford and Addie Gertrude Mack-Hallford and passed away on February 27, 2013 at Parkview Medical Center in Pueblo, CO at the age of 82.

He is preceded in death by his parents; five sisters and eight brothers.

J.C. is survived by his wife Joyce Hallford of the family home in Wiley, children; Dan (Pam) Hoover, Sheila (Doug) Semmens all of Wiley, Karen (Mike) Weber and Jon (Pam) Hallford all of Lamar. He is also survived by nine grandchildren, ten and a half great grandchildren, numerous other relatives and a host of friends.

Memorial Contributions may be made to the Valley Baptist Church either direct or in care of the funeral home office.
To order memorial trees or send flowers to the family in memory of J.C. Hallford, please visit our flower store.