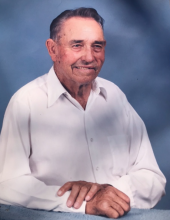 A Celebration of life for longtime

England will be held on Tuesday, October 19, 2010 at 10:00AM at the Lamar Christian Church with Ray Matteson officiating. Interment will follow at

Homer was born on October 8, 1916 at May Valley, Colorado to William Talbert and Arvilla Victoria (Preston) England and passed away on October 15, 2010 at the age of 94 at

Center in Lamar with his family by his side.

Wisconsin as well as numerous nieces and nephews.
To order memorial trees or send flowers to the family in memory of Homer England, please visit our flower store.