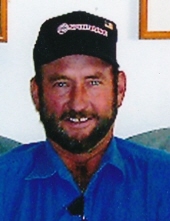 Graveside memorial services for longtime Lamar resident Howard Larry Doyle will be held at 10:00 AM, Wednesday, August 29, 2018 at the Fairmount Cemetery, Veteran’s Section with Kathy Leathers officiating. Full Military honors will be under the auspices of our local VFW and American Legion.

Per Larry’s request cremation has taken place and there will be no public visitation.

Larry graduated from McClave High School and went on to attend college at Lamar Junior College. He also served in the US Army during Vietnam receiving the Vietnam Service Medal with 4 Bronze Service Stars. After returning home Larry worked as a brick layer and rancher.

He is preceded in death by his father.

Memorial Contributions may be made to the Lamar VFW direct or in care of the funeral home office.
To order memorial trees or send flowers to the family in memory of H. Larry Doyle, please visit our flower store.