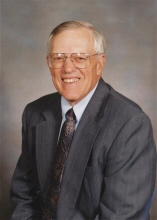 A Celebration of Life for longtime Lamar resident, Gary W. Peyton was held at 11:00AM on Thursday, July 10, 2014 at the Lamar High School Auditorium. Interment followed at Fairmount Cemetery.

Gary was born on February 18, 1938 at Pekin, Indiana to William “Bill” and Elsie (Balentine) Peyton and passed away on July 2, 2014 at the Poudre Valley Hospital in Fort Collins, Colorado at the age of 76 with his family by his side.

He is preceded in death by his parents and his in-laws; Bill and Mildred Quinn.

Gary is survived by his wife; Carolyn Peyton of the family home in Lamar, son; Steve (Tawny) Peyton of Berthoud, CO, daughter; Kelly (Scott) Glahn of Windsor, CO, grandchildren; Logan Glahn, Tanner Glahn, Kylee Glahn and Andrew Gray as well as other family and a host of friends.
To order memorial trees or send flowers to the family in memory of Gary Peyton, please visit our flower store.