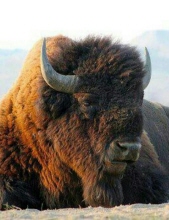 He is preceded in death by his wife, Jayne Esgar, daughter, Ruthie Esgar and his parents.

Frederick is survived by his children, Dave (Julie) Esgar of Wiley, CO and Janet (Jeffrey) McClure of Ft. Collins, CO, grandchildren, Shea (Matt) Reinhardt, Leah (Zach) Manning, Zack (Kelsey) Esgar, Blake McClure and Rosie McClure as well as his great-grandchildren, Lylah, Royce and Nora Reinhardt, Paisley, Averly and Jolie Manning and Grant and Walker Esgar. He is also survived by other relatives and a host of friends.

Memorial contributions may be made to the Lamar Area Hospice, Wiley United Methodist Church and/or Wiley Housing Authority either direct or in care of the funeral home office.

Services are under the direction of the Peacock Family.
To order memorial trees or send flowers to the family in memory of Frederick A. Esgar, please visit our flower store.