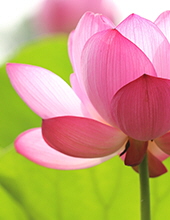 A celebration of life service for Ft. Collins resident, formerly of Wiley, was held at 10:00 AM Friday February 3, 2017 at the Peacock Family Chapel.  Burial followed in the Wiley Cemetery in Wiley, CO.

Visitation for Donna was held from 3:00 PM to 7:00 PM Thursday February 2, 2017 at the Peacock Family Chapel and prior to the service on Friday.

Donna was preceded in death by her parents, by her husband – Richard Prough; by one sister – Veta Adams and by two brothers-in-law – Bill Milne and Keith Adams.

Donna Prough is survived by her four children – Ron Prough of Ft. Collins, CO; Debbie (Don) Rudolph of Wiley; Gayle Campbell of Montrose, CO; and Mike Prough of Ft. Collins; by eight grandchildren; seven and a half great grandchildren; and by two sisters – Rilla Milne of Wichita, KS; and Karen (Bud) Taylor of Cheney, KS; as well as by numerous nieces, nephews, cousins, other relatives, and a host of friends.

Those desiring may make memorial contributions to the Donna Prough Memorial Fund in care of Peacock Funeral Home for the purpose of bringing Richard home.
To order memorial trees or send flowers to the family in memory of Donna L. Prough, please visit our flower store.