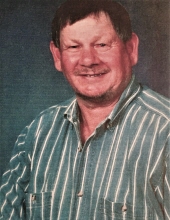 CARL EDWARD BINDER
A memorial service for longtime Lamar resident Carl Edward Binder will be held at 11:00AM on Saturday, April 14, 2018 at the Peacock Family Chapel.
Carl Edward Binder was born on May 15, 1941 in Lamar, CO., to Carl August and Ella Wilken Binder. He departed this life on March 31, 2018, at Parkview Medical Center in Pueblo, CO.
Carl grew up on a small farm along “the airport road” near Prowers. As a young boy he helped his father with the planting and harvesting, learning to drive the tractor at an early age. With three younger brothers, he attended a nearby country school until the boys reached high school age. Raised in Mt. Olive Lutheran Church in Lamar, Carl was baptized as a baby and was confirmed as a youth. Throughout school he was active in FFA, receiving his letter jacket.
Graduating from Lamar Union High School in 1959, he continued to work for various farmers in the area. His pride and joy was his 1959 yellow Chevy in which he could be found “dragging Main” with friends. During this time he met his future wife, Carolyn “Sue” Binder.
The couple were married on June 12, 1962 in Denver, CO. They immediately moved to the Oliver Ditson farm near Two Buttes, CO., where Carl helped with harvest, planting, and mending fences. To their marriage, four children were born: Carl Edward Jr, Pamela Dawn, Angelique Susan, and Kristoffer Ryan. During this time the couple were very active in 4-H, guiding the children with the projects and manning the snack booths below the fairground stands. Carl and Sue received five year awards at one point for their contributions. After moving to Lamar, Carl continued to farm in the area, working for Truman Bowles near Bristol and Daniel Jensen of Granada. Later, he took a job at Lamar Building Supply where he helped build trusses and deliver building materials. The couple purchased a home on Memorial Drive in 1973. They took up square dancing and were awarded with a Bachelor of Square Dancing certificate on March 3, 1982. After 21 years, they were divorced on August 15, 1984.
Carl continued to square dance, and it was there that he met his future partner, Gale Miller who worked as a Home Economist in Southeast Colorado. Gale brought to the relationship her grown children, David and Pegi. Carl continued to run a rural mail route, until he moved to Pueblo in 1994. Carl, who was always meticulous about his yard work, enjoyed his retirement by mowing his neighbors’ lawns, as well as his own. He continued to enjoy western movies and TV shows, such as Bonanza and Gunsmoke. Mostly, he enjoyed the holidays and good times he spent with his children, their spouses and grandchildren.
Carl was preceded in death by his father, Carl and his mother Ella, by two brothers, Gerald and Lawrence, two sisters-in-law, Margie and Nora; and by Gale’s son David.
Carl is survived by his partner, Gale of the family home; his son, Carl Jr. and wife Lily of Colorado Springs; daughter, Pamela Zollars and Danny Garcia of Garden City, KS; daughter, Angelique “Angie” of Aurora; and son, Kristoffer of Lamar; and Gale’s daughter, Pegi Koehn of La Junta. He is also survived by grandchildren: Melissa Zollars of Aurora, Katie Zollars of Odessa, TX., Stephanie Ceron (Edwin) of Santa Clara, CA., Matthew Zollars of Aurora, and Philip Binder of Colorado Springs; Gale’s granddaughter, Nytasha (Darin) Gerdes and Gale’s great granddaughter, Emersyn Gerdes of Bend, OR; brother, Raymond (Alice) of Lamar; former wife, Sue Binder of Lamar; and several nephews and nieces, as well as a host of friends.
In lieu of flowers, memorial contributions may be made to the Future Farmers of America at Lamar High School or in care of Peacock Funeral Home.
To order memorial trees or send flowers to the family in memory of Carl Edward Binder, please visit our flower store.