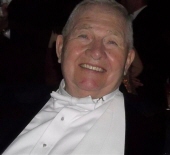 Benjamin "Ben" Franco
A Memorial Mass for former lifelong resident and Lamar Chief of Police, Benjamin Franco was held at 10:00 AM Friday, November 30, 2012 at St. Francis de Sales/Our Lady of Guadalupe Catholic Church.  A Rosary Service wad held prior to the Mass at 9:30 also at the church.
A Rite of Committal with full Military Honors under the auspices of the Lamar VFW Post #3621 and American Legion Post #71 was held in the Veteran’s Section of Fairmount Cemetery.


Benjamin “Ben” Franco was born to Alvaro and Catalina Franco on January 10, 1935 in Lamar, CO.  He departed this life to be with our Lord on October 30, 2012 at Mobile Infirmary Hospital in Mobile, Alabama with loving family by his side.

As a lifelong native of Lamar, Ben was a member of the St. Francis de Sales Catholic Church until he and his wife, Inez, moved to Mobile, Alabama in 2011 to be near their daughters and work as a Compliance Officer in his daughter’s business, Touching Hearts Senior Care.

Ben was a graduate of the Lamar Union High School, in Lamar, Colorado, in 1953 and enlisted in the U.S. Army and served in the Korean War.  After his service in the military, Ben began a career in law enforcement beginning as a special deputy for Prowers County Sheriff’s office in 1961.  He then entered the Lamar Police department in 1964 and in Sept. 1981 was appointed Chief of Police of Lamar, Colorado and retired in 1993.  After seven months of retirement, he decided to make a full circle and join the Prowers County Sheriff’s Department once again, and retired from there in February 2011, after 50 years of service.

Ben was a recipient of many awards and certificates of recognition in law enforcement.  On March 20, 1974 he was among the 1st groups of officers to be certified as a Peace Officer in the State of Colorado and in 1981 was certified as a law enforcement instructor for the State of Colorado.  Other certificates of recognition included are from the Colorado Division of Highway Safety, the Colorado Law Enforcement Training Academy; where he served as director, the Department of Agriculture, the Colorado Department of Health, the U.S. Department of Justice, the Department of Treasury, the Department of Transportation, the Colorado Committee on Hazardous Material and he was also a member of the Tri-State Chief of Police Association.
Ben joined Touching Hearts Senior Care in Mobile, AL in October 2011 to help his daughter, Gina Germany, owner of Touching Hearts Senior Care.  Ben was the Compliance Officer for Touching Hearts Senior Care, with his extensive background in law enforcement, executing background checks for the caregivers, and drug screenings, as well as making sure the employees and business are compliant with all regulations, was his major focus.

He is survived by this wife, Inez Franco, of Mobile, AL, daughters Gina Germany (Richard Perry) of Mobile,

In lieu of flowers please make contributions to Ben Franco memorial fund with Peacock Funeral Home.
To order memorial trees or send flowers to the family in memory of Benjamin Franco, please visit our flower store.