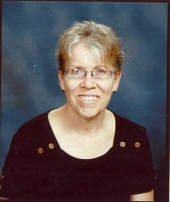 Per Barb’s request, cremation has taken place and there was no public viewing.

Mrs. Dunivan was born on October 25, 1948 at Maywood, Nebraska to Arthur K. and Dorothy (Tuttle) Christensen and passed away at the age of 65 at her home on Wednesday, December 18, 2013 with her family by her side.

Barb is preceded in death by her father, step father Oscar Herman as well as her father and mother-in-law; Christopher and Avis Dunivan.

She is survived by her husband Darrell of the family home. Her children; Heather Christensen of Colorado Springs, Dennette Monroe and fiancé Billy Morgan of Dalhart, TX and Darren Dunivan of Lamar. She is also survived by her mother Dorothy Herman of Harvard Nebraska, brother Warren (Karen) Christensen also of Harvard Nebraska, 3 grandchildren; Kody, Klayton and Kolton as well as her special friend Linda Kouba a “sister by choice”.

In lieu of flowers memorial contributions may be made to the Lamar Area Hospice, Lamar First Baptist Church or to your charity of choice either direct or in care of the funeral home office.
To order memorial trees or send flowers to the family in memory of Barb Dunivan, please visit our flower store.