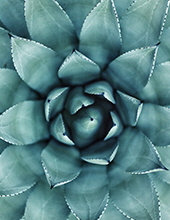 
A celebration of life for current Colorado Springs, Colorado resident formerly of Lamar, Anna Schaffer-Reed will be held at 11:00 AM on Tuesday February 27, 2018 at the Peacock Family Chapel with Ian Blacker of the Lamar Christian Church officiating. Interment will follow at the Union Valley Cemetery in Hasty.

Anna was born on March 25, 1925 at Granada, Colorado to J.O. and Stella (Kirby) Robertson and passed away on February 22, 2018 at the Pikes Peak Care Center in Colorado Springs, Colorado at the age of 92.

She is preceded in death by her first husband, Raymond G. Schaffer; second husband, Robert D. Reed; by her parents as well as by one son – Larry Schaffer.

Memorial contributions may be made to the Lamar Area Hospice either direct or in care of the funeral home office.
To order memorial trees or send flowers to the family in memory of Anna Schaffer-Reed, please visit our flower store.