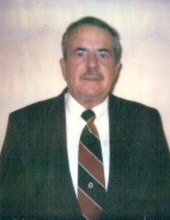 A graveside celebration of life for longtime Lamar resident Al Fuller was held at 11:00 AM on Friday, August 1, 2014 at the Fairmount Cemetery.

He is preceded in death by his parents, his wife; Leona Fuller, and his infant granddaughter; Andrea Pace.

Al is survived by his two daughters Karen (Randy) Pace of Pueblo, Colorado and Kathy Fuller of Temecula, California. He is also survived by his grandchildren; Lea Pace, Ryan Pace and Samantha Blake as well as a very special friend; Pat Smith.

Memorial contributions may be made ­to the Lamar Elks either direct or in care of the funeral home office.
To order memorial trees or send flowers to the family in memory of Al Fuller, please visit our flower store.